Isadore Albee’s 1862 diary, the first extant diary, was the diary the seller took most excerpts from. I fell in *love* with Dora’s (as I call her; I don’t know what she called herself) voice and her sharp thoughts upon life in Vermont, her interactions with old beaux and new soldiers (oftentimes the same person…), and thoughts in general about life in the Springfield, Vermont area (which is south of me).

I knew I’d have a steep learning curve.

All the people I take for granted in my main research area, because of the length of time I’ve lived with them — through the diaries and letters of Mary Gosling and Emma Smith. Lady Smith and Emma Austen Leigh, their married names, are the subjects of my blog Two Teens in the Time of Austen [Emma Smith married Jane Austen’s nephew]. I’ve researched them since mid-2006, when my project was mainly Mary Gosling, and the few decades of her life (1800-1842). It has since expanded to include several generations of the same extended family, and now has amassed letters and diaries from at a century of their lives (1780s to the 1880s) and even into the early 20th Century – when family began publishing further accounts about Jane Austen.

So, I knew Dora’s family would have to be disentangled. I anticipated the ability to go to Sprinfield, and see some of the geography Dora experienced 160 years ago. And I had hoped for a QUICK publication of the diaries, with nominal annotations.

But 1862 – for all of its tart talk and tidbits of personal history – after the “disruption” caused by the loss of the diaries for 1863 and 1864 (assuming they were kept in the first place; or were not destroyed by Dora herself) – seem to have changed the way, and the words, Dora used for the interactions that took place in 1865. Immediately I could tell that this would require a lengthier research than I initially had anticipated. 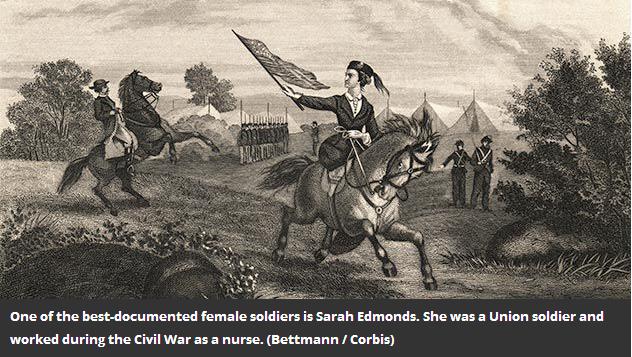 Dora was no “female soldier”, like those discussed in the Smithsonian Magazine article, “The Women Who Fought in the Civil War.” The men who enlisted, went off to war without her – even the young man who meant the most to her. Dora didn’t rush off to nurse soldiers. Vermont – to judge by her 1862 and 1865 diaries – saw war-wounded men return, but the state was never so close to the battlefields that nurses rushed in to fill a need. Dora’s life in Springfield pretty much remained what it obviously had been before the war: dedicated to her family, her girl-friends, and to a hope for some young man to love. The diaries, therefore, turn out to be much subtler in content than originally presumed. Much more in need of the teasing out I have been doing with Emma Austen’s diaries.

And now the project is in need of more information – of things that might have occurred, in Springfield, to Dora, or in the War in general – during those two years of missing words. Dora is such a young woman. Involved in school, leaning towards teaching (which she does begin to do, AND she gains certification), Dora is part of a large network of family up and down the state. She rightly laments what a certain degree of impecunity forces her to do AND what it does not enable her easily to do. Such “options” and “impositions” still exist in Vermont today.

In posts to come, I’ll include a few of Dora’s 1862 comments, which, because I found them so singular and original, induced me to obtain the diaries. I also have done so little blogging — in part because I hate the “new and improved” WordPress so intensely — to tell you some of what I know about Dora’s family. She has some interesting familial tentacles, one of which reaches out to an old Hollywood icon! Poor Dora herself, though, left little more than her handful of tiny diaries. I suspect she buried two young children, before her own early death. Her husband remarried; he moved back East. But for her personal writings, Dora would be lost to posterity. May her old words, those hastily-scratched pencil markings, breathe new life into her buried story.

My ties to Jane Austen began about the time I "discovered" England, British movies & TV (thanks, PBS, CBC), and cups of tea with a nice Marks & Spencer digestive on the side. A solo trip to London, when aged nineteen, segued into a weekend in Cornwall (home of Daphne du Maurier and Winston Graham's Poldarks) -- which resulted in a missed flight home.... Those three weeks abroad undoubtedly brought into my life women like Dorothy L. Sayers, Agatha Christie, Beatrix Potter, Somerville and Ross, the Brontës, Mrs Trollope, Jane Welsh Carlyle, Dorothy Wordsworth, Sarah Ponsonby and Eleanor Butler (collectively, The Ladies of Llangollen), and -- of course, Jane Austen. I joined JASNA in the fall of 2006 when my research meandered down an Austen-path; and I spent two months during the summer of 2007 in Winchester, transcribing diaries & letters relating to Emma Smith (aka: Mrs James-Edward Austen-Leigh, 1801-1876) and her friend, neighbour, "sister of the heart" and eventual sister-in-law, Mary Gosling (aka: Lady Smith, 1800-1842). Several articles written since this trip appear in JASNA's journal, PERSUASIONS / Persuasions On-Line, and LOCAL PAST, the Newsletter of the Alcester and District Historical Society (Warwickshire, England). View more posts